Turning My Pain Into Power If you have adult children and is married to someone other than their father, make sure you have written your burial wishes in a will. My father died in a tragic car accident when my mother was forty-five years old; ten years later, she remarried. She married someone we knew […] 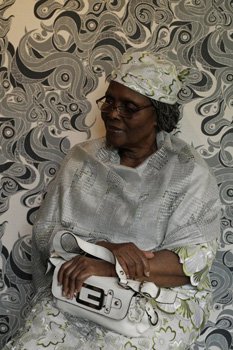 Celebrating Our Beloved Jeanette It’s hard to say goodbye to the greatest inspiration in your life; it’s impossible to come to terms that our beloved Jeanette has said goodbye to us. But, Jeanette had accomplished what God had planned for her for the furtherance of His kingdom, and God has all the answers. With a humble […]

I Know Love  I’ve felt affection all my life,From the moment I arrivedIn my mother’s arms to now.My mother’s love,My father’s too;How my spirit sleeps in their hearts,Long after they’ve gone to rest. Life usefulnessA platform from which I fly,And those two,Standing close alwaysTo catch me should I fall,I know love Even at 10 years […]

Beyond the Loss My sister, Veronica’s words landed in my heart with a thump, “They just took Mom to the hospital.” Then, the screech of outburst followed by, “Mom is gone!” In shock, I watched her shoulders make sudden spasmodic motions while she sobbed bitterly. This was only three hours after we had ended our […]

Formulation of Murder The formulation of murder,To watch anyone; even your wife,Passed out, helpless;But you call an ambulanceFifty slow minutes later. This preacher-man’s soulIs a dark place,Who punishes in times of sorrow?You denied her childrenAccess of any kind,Or a closure of grief. Was it for donation money?Was it for her earthly things?Was it because of […]